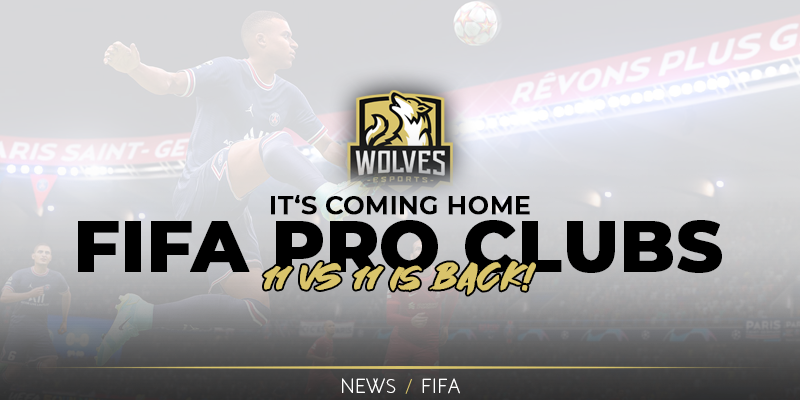 FIFA Pro Clubs is back

By Andre | FIFA | No Comments

A few years after our last engagement in the Pro Clubs scene, Wolves Esports is happy to announce our new FIFA Pro Clubs team!

The team, formerly known as Teamgeist CF, is actively playing and competing in Divisions 1 of the German ProClubs league and the German Virtual Pro Gaming league. They are also competing in the Premier North of the VPG Europe on PlayStation.

With the start of the upcoming season, October 25th, the team will officially represent Wolves Esports in all leagues and tournaments to come. We are excited to have 11vs11 FIFA back at Wolves as this is the closest a football game will ever get to the real sport. In the future you can expect plenty of FIFA related content as there are tons of matches to play!

Statement #WolvesFIFA:
“Our Club was established in 2015 and we have around 8-10 players still originating from that time. We are always looking to fully integrate new players joining our team to strengthen this core and be able to perform on top level on and off the pitch. The main goal for us will be to achieve stable results every week and not to have so many ups and downs like last year. If we are able to do that, the league tables will reflect it with good figures for our team. We are very excited to join Wolves Esports. We hope that both sides can contribute and benefit from each other. We are very looking forward to the near future and things to come.”

Starting next week, the pitch will be ours.