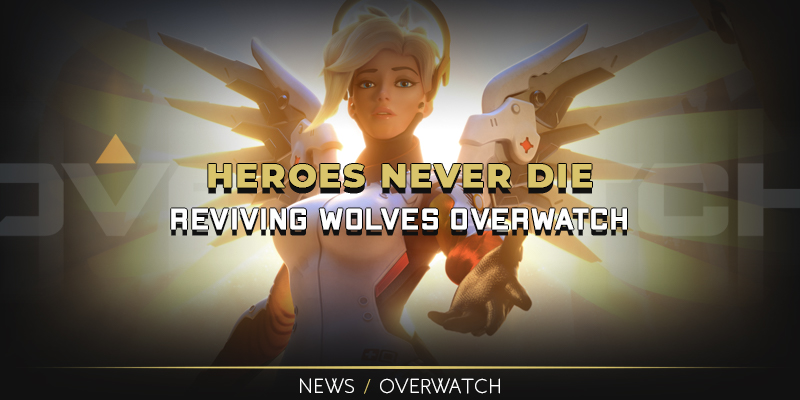 Today, we’re happy to announce the revival of our Overwatch team!

After the old lineup slowly faded into inactivity and disbanded over time, we initially thought we would stay away from the game in the near future. However, we were approached by a former Overwatch player of ours and following a short talk with the team, both sides agreed to team up from now on.

The team will participate in smaller tournaments as well as the Overwatch EU Open Division once a new season is announced.

This is the new Wolves eSports Overwatch team:

Some of you may know that once Wolves eSports had an Overwatch team. Now, we’re happy to announce a new one!

Overwatch never really left our minds and we recently decided to give the game another go with Wolves. That, plus one team search later, puts us where we are today as we welcome our new all-German Overwatch team that is representing the colours of Wolves starting today.

Although the team is a new one and has just recently formed, we believe that there is untapped potential that can be unlocked in the future. Both the team and Wolves see this acquisition and partnership as a longterm project and can’t wait to see how it will turn out in the end. The team will represent Wolves in any competition they will join, most notably the Overwatch Open Division that is starting on August 14th.

Statement Wolves eSports Overwatch:
“We’re happy to announce that we have finally found our home in Wolves eSports! We would like to thank Wolves and partners for signing us as their Overwatch team. Of course we’ll do our best to achieve decent results in leagues and tournaments. Together with our new organisation we will have opportunities to grow as a team in the nearest future! Stay tuned and cheer for Wolves!”

Today Wolves eSports is happy to announce the recruitment of its new European Overwatch team! We have scouted the scene for quite some time and had difficulties to find the fitting piece but believe that we now have done so.

The team has been build by Dario “FRESHY” S. who gathered great talents that played for different teams before. We hope that the team can grow alongside Wolves eSports in the future and that they achieve the goals they set for themselves. At the moment they’ll focus on the ESL tournaments while looking for other opportunities to prove themselves against the undoubtedly fierce competition there is in Overwatch at the moment.

Statement from Team Captain Dario “FRESHY” S.:
“Big thanks to Wolves eSports management for the opportunity to play under their name. I started the team as a test project with five individually and mechanically strong players in their respective roles. After  a few matches I realized that the team has potential to be the next up and coming Overwatch team to look out for. The path to the top is not going to be easy, but with the right amount of practice and hard work it is within our reach. Being a part of Wolves eSports gives us extra motivation to practice even harder.”

On a side note, Wolves no longer is present in the World of Tanks scene as the team did not live up to expectations and disbanded.