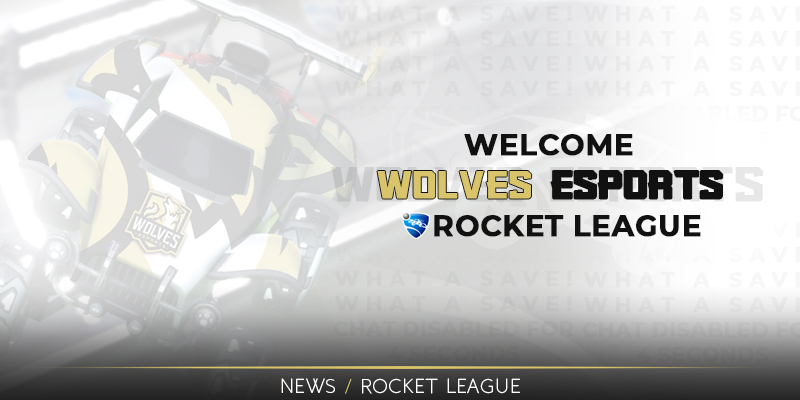 By Andre | Rocket League | No Comments

Today we’re happy to announce that Wolves eSports finally joins the Rocket League scene. It has been a game we have followed closely since release and always wanted to pick up a team in. Now is that time!

From now on, Wolves will be represented in Rocket League competition by our new Swedish roster. Going forward, the team is looking to leave its mark in the scene and intends to participate in the next Rocket League Rivals Series Open Qualifiers, as well as the Svenska Raketligan, an all swedish league. The ESL Super Sundays and other smaller tournaments are also on the list of competitions they want to enter on a regular basis.

We’re excited to see what the now rocket powered future brings for Wolves and the team but there will be plenty of Rocket League coming your way soon!

Statement Wolves eSports Rocket League:
“We’re very excited to be playing for Wolves eSports! Our goal is to play loads of tournaments such as the ESL and Glory4Gamers tournaments while we also look at the qualifier for the “Svenska Raketligan” where we are aiming for division 1 in the future. Talking about goals, our main goal in ESL is to get to the monthly elite tournament while we are mainly looking for plenty of playtime on Glory4Gamers. The rest of the time we will be scrimming against high skilled teams through various Discord servers. The RLRS qualifier and placing as high as possible is also a goal of ours. We’re really looking to make a name for ourselves playing for Wolves, we have a lot of potential and we’re aiming for the top.”