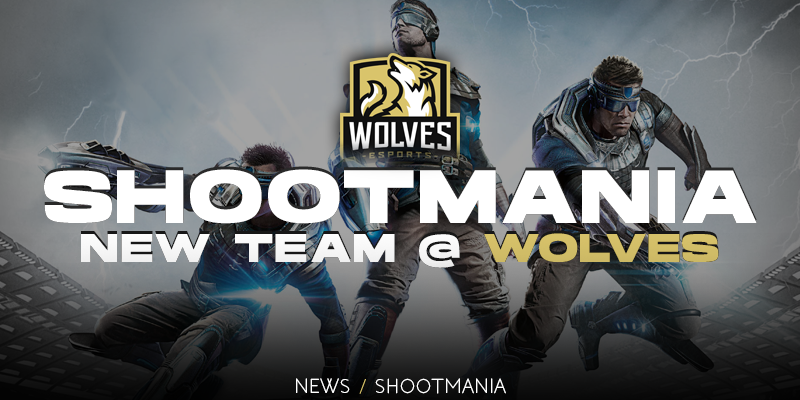 By Andre | Shootmania | No Comments

Today we announce our entry into the Shootmania scene by picking up a team that will represent Wolves Esports in all future tournaments and leagues.

We’ve known about Shootmania since it was released but never entered the scene until now. While looking for options outside of the main esports titles we have been made aware of Shootmania again and a couple of days later we officially field a team in the game.

For us this means we are back to supporting smaller competitive scenes, something we love to do and means a lot to us.

Statement from the team:
“We are really glad to become part of the Wolves Esports family and we are motivated to gain victories and represent our new colors to the best of our abilities. We are confident that we can show good results and make everyone proud. Thanks for the support you’re giving to us! You won’t be disappointed. #KeepHowling”

Their first official appearance will be the Elite Pro Series as one of 8 qualified teams fighting for 900€, starting tomorrow