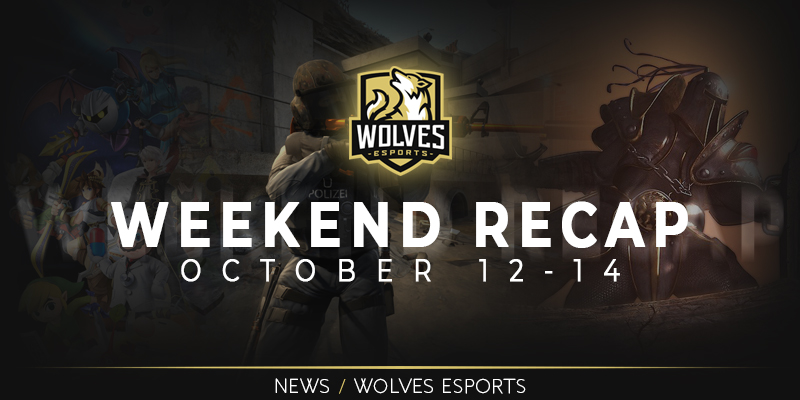 By Andre | News | No Comments

The last weekend has been quite busy. We’ve seen Super Smash Bros player

Benjamin “wusi” Baye compete at the Big PPM X in Berlin, the CSGO team had matches to play in several leagues and started their journey in the FoXRaiD Cup #6 while our Warcraft 3 players have had a busy schedule as well with the Americas Qualifier for the Warcraft Gold League Winter 2018 and other smaller tournaments. Let’s recap!

Super Smash Bros
At the Big PPM X in Berlin,

Counterstrike: Global Offensive
With several that needed to be played in the 99 Damage Liga and the ESL Meisterschaft, the team still found the time to compete in the FoXRaiD Cup #6, a 16 team tournament split over two weekends. The team was placed in Group B alongside Wio.rl, Turtle eSport Academy, and urFatality. In the first match, we faced urFatality and managed to grab a spot in the winner bracket final of Group B, where we took on Wio.rl. Again, the match was won and the team qualified for the playoff stage starting next weekend.

Artem “Cash” Shirobokov in the lower bracket final to secure a spot at the tournament in China, Cash still has a chance to qualify at the second European qualifier on October 20th. During the last two days the Americas Qualifier took place and with

Joaquin “Mackay” Ampuero participating one Wolf had a chance to qualify. Unfortunately, he lost his first round match and was eliminated in round 3 of the lower bracket, taking away his chance to join Sonik in China.

In the end, we’re happy with the results and hope to experience a lot of these weekends in the future!