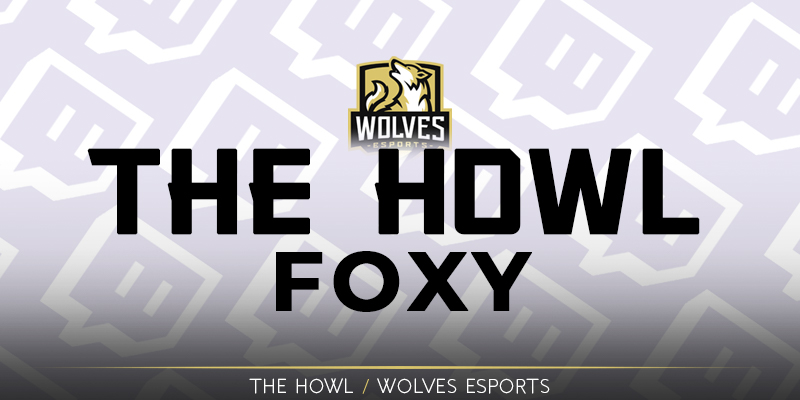 We are back with another Howl! This time, we are not talking to one of our teams or player, but to our streamer Emily “Foxy” A.!

Thank you for taking the time to answer some questions. For those who don’t know you, please tell us a few things about you!
Hey, I’m Emily but most people know me as Foxy. I am 18 years old, stream for Wolves Esports and live in Hesse, Germany

For how long have you been streaming and what made you get into streaming?
I wanted to entertain people with my gameplay ever since I got my laptop. I started streaming in October 2019 as my PC wasn’t powerful enough to actually stream before. Since then, i’m actively streaming on Twitch.

Do you have a schedule? What kind of content can people see on your stream?
I try to be consistent with my schedule of Tuesday, Thursday, and Saturday at around 18:30 CET. At the moment, this isn’t always the case but I hope this changes soon! I usually stream Apex Legends, Osu!, Dead by Daylight, Rainbow Six: Siege, Minecraft and some story or horror games for variety.

When you are not streaming, what are you doing in your free time?
I’m still at my PC, I draw or talk to friends. In case I’m not at my PC, I’m usually outside doing things.

Some streamers have games they don’t play on stream or they only play when they are streaming. What about you? Do you have games you play off stream?
The games I mentioned before I also play off stream. There are some games such as Pathologic 2 or VR games in general that I don’t stream. Apart from that I also play games on PS4 or Nintendo Switch. Monster Hunter: World on PS4 for example, or some story games that are easier to play with controller. Talking about the Switch it’s mostly Animal Crossing: New Horizons.

What are some of the goals or wishes for your stream or your viewers?
I wish to become a bigger stream. Yes I know, everyone wants that but I’m looking at doing good things such as charity streams. The most important thing however is that my viewers and I continue to have good time, have a lot of fun and experience the cringe together UwU. I also hope that my stream will become higher quality in the future. I’d also like to become a Twitch partner one day to add more cute, little emotes.

Once the COVID-19 pandemic is over: What’s the first thing you do?
I’d like to go on a first real date with my boyfriend as we didn’t have the chance to do that so far. Another thing I really want to do for a couple of years now is to visit the Gamescom in Cologne despite my fear of huge crowds.

What’s your favorite movie and game?
My favorite game at the moment is Apex Legends. It’s a lot of fun to get up to nonsense or to simply be a bit more competitive in ranked. I don’t have a favorite movie right now.

What would you say it is that separates your stream from the majority of other streams?
Like many other streamers I try to involve my community as much as possible. Not only by playing with viewers when I stream but also whenever I unlock a new emote slot, my community gets to decide what it will be in the end. I always try my best and spend a lot of time and effort on my stream and emotes. Maybe I’m also a little bit childish, giddy and sometimes cringe which can be kind of entertaining. I want my stream to be as varied as possible and try to support smaller streamers to become a little bit bigger UwU.

People can collect “UwU points” in your streams. Some collect more and more of these and redeem them all at once to get a specific reaction again and again. Isn’t that at least a little bit annoying?
It can be very annoying, especially whe they redeem the “give me a UwU” option as it can be kind of distracting.

Thank you for taking the time to answer our questions. Anything you want to say as the closing words of this interview?
Stay healthy, stay at home, UwU and #KeepHowling. 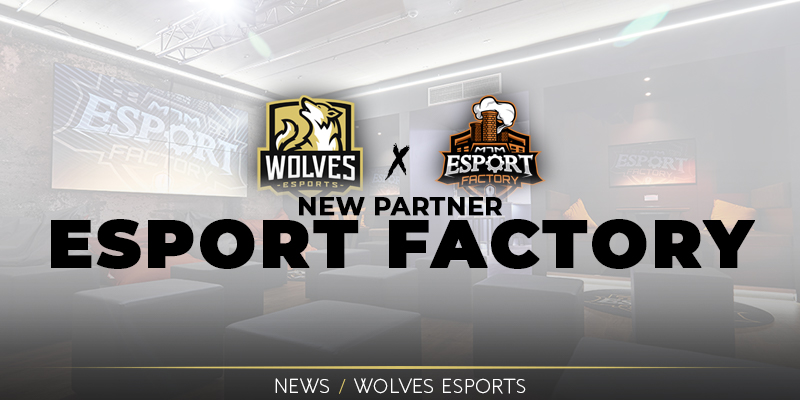 New Partner: Esport Factory
Wolves Esports is a German-based esports organisation that strives to be a top contender in the German and European scene in the near future.