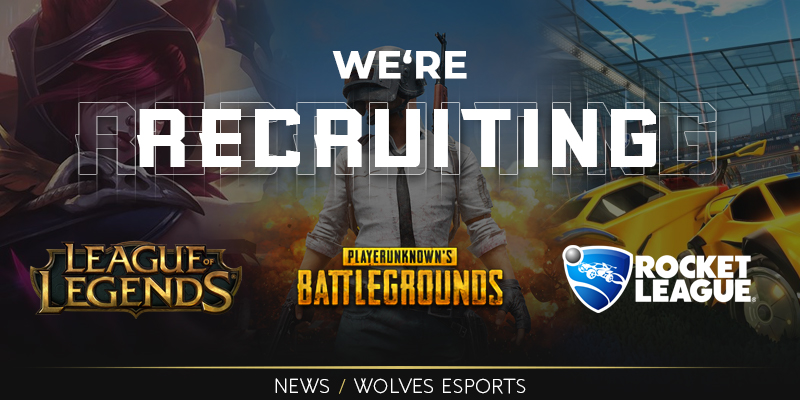 Want to be a part of Wolves eSports? Now is your chance!

In case you and your team are playing a game not listed here, feel free to apply anyway and we’ll see if it’s a possibility!

General requirements:
– 18 years of age or older
– All players must be EU based
– Competitive experience is a must
– No single players, only already existing teams!
– No newly formed teams (at least 2 months+)
– Mature behaviour, communicative, honest, and loyal
– Willing to commit to a long term project
– No bans for cheating
– Realistic goals

Rocket League:
– Players must be at least Champion
– Active in several competitions
– Participating in the RLCS/RLRS circuit

League of Legends:
– Players must be at least Diamond
– Active in leagues and tournaments


If we’ve drawn your interest, please send us the following information:
– What game are we talking about?
– Which leagues and tournaments do you play?
– Name and age of the players
– Links to your team profiles
– What you expect from us
– What your realistic goals are

Please do not apply for games that are played in a 1v1 game mode!

About Wolves eSports
Wolves eSports is a German based esports organisation with a focus on the European scene. All of our outgoing communication is done in English and we are not limited to German players unless we explicitly look for an all-German team or staff members.

Our management combines well over 25 years of esports experience as players, team captains, or in the management. We’ve been with small teams and known organisations alike.

Our philosophy with which we run Wolves is quite different from most other esports projects and we are happy to go into detail about it during a voice meeting. To make it short: We’re an organisation from players for players that values longevity, communication and loyalty a lot. The relationships within the management or with our teams play a huge part of who we are.

Because of a change in strategy in regards to our team structure in December 2018, which means we are shifting our focus from solo player games (e.g. FIFA, Hearthstone) more towards team based games in the future. 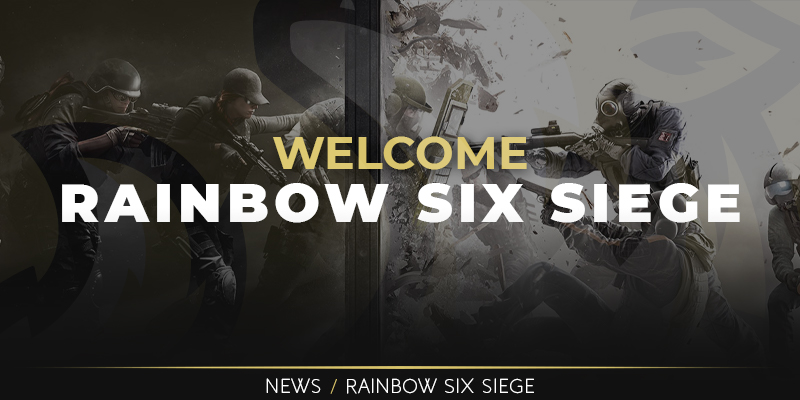 New team: Rainbow Six Siege
Wolves Esports is a German-based esports organisation that strives to be a top contender in the German and European scene in the near future.