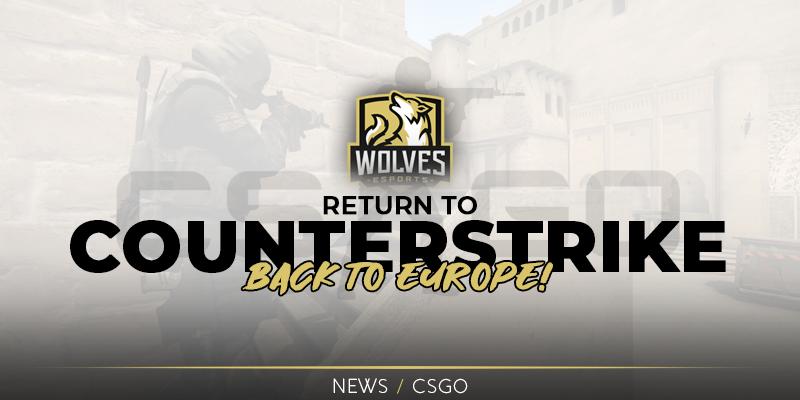 Today, we are excited to announce our return to Counterstrike and our return with a European team. It has been a while since Wolves Esports fielded a non-German CS:GO team but that changes right now!

We have been on the lookout for a new team for some time now and concentrated on teams with potential outside of Germany and found a team shooting their way through ESEA Open. Unfortunately, a very strong opponent, who reached the playoff finals, was in their way to directly qualify for ESEA Main. Going forward, the team will play in ESEA Intermediate, in domestic competitions as well as other tournaments and qualifiers. The goals are set and we can’t wait for their first official match.

Our goal is to support our new Counterstrike team and players on their grind through the ranks of European and domestic competition in the best way possible.

Statement #WolvesCSGO:
“We would like to thank Wolves Esports for the opportunity and for having us. Our goal for the next ESEA season is to get into ESEA Main from Intermediate. In the future, we want to be one of the best teams in Hungary and participate in national tournaments as well as other tournaments. We hope that we can grow together as a team. So stay tuned for our progress!” 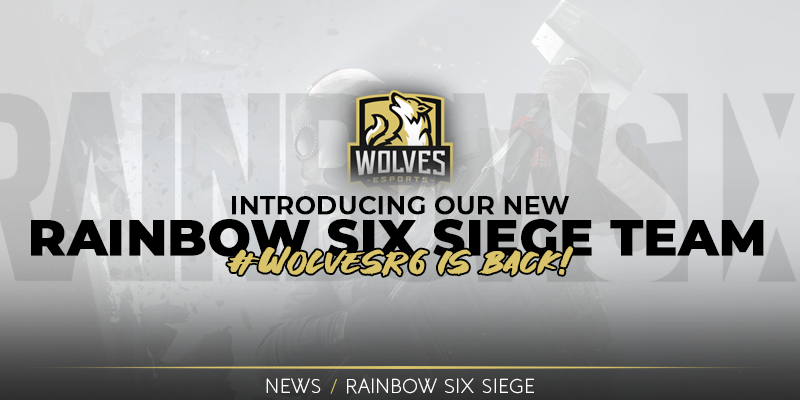 New Rainbow Six Team
Wolves Esports is a German-based esports organisation that strives to be a top contender in the German and European scene in the near future.