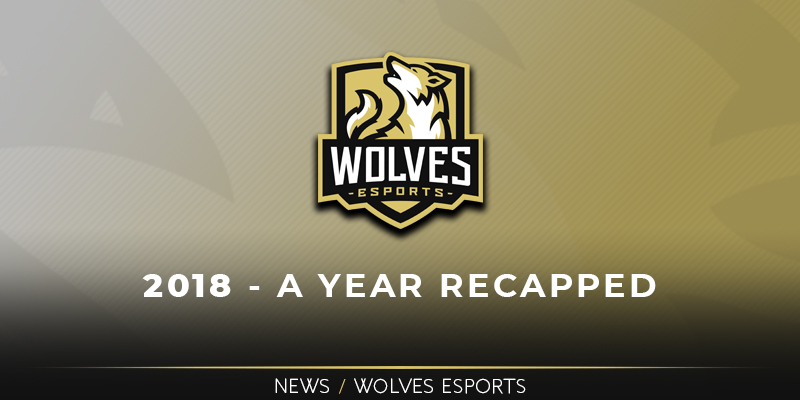 The Year 2018 is nearly over. Which means we take a look back at what happened in the last twelve months for Wolves eSports. We’ve had good and bad news, fantastic results and disappointing outcomes. This is Wolves in 2018 recapped.

In January, we introduced “The Howl” – our interview series where we sit down with our teams and players to ask questions about them, their esports career and whatever else we can think of. We published six Howls this year and have will continue to make them in 2019. Shortly after the first Howl came the DreamHack Leipzig 2018 from January 26th -28th. With three players from the recently closed sections FIFA and Hearthstone attending (2x Hearthstone, 1x FIFA) the DH Leipzig 2018 was the first big offline event for Wolves eSports.

Coming March and April we’ve seen some changes in teams – we had to say goodbye to our CSGO team as the rebuild did not go as planned. Another team we had to work on was the Vainglory team as we needed to ready up for the new 5v5 game mode and the upcoming Vainglory Premier League and the preseason. We were extremely excited for the VPL but in the end it did not turn out the way everyone involved was hoping for.

Our already successful Warcraft 3 team has seen some changes in May as we fielded two teams in the nWC3L, the biggest and most important team league in western Warcraft. For season 10, both teams played in Division 1 of the league.

June 2018 was a pretty busy month with lots of changes happening. The release of our back then DotA 2 and SMITE teams were the negative aspects of the month while the partnership with eXz-Hosting has been a positive change. The biggest and most important change in June however was our rebranding and the much needed update of our logo. Along with the updated look came our updated merchandise, designed and produced by our longterm partner Gamers Apparel.

In the early days of July our Warcraft 3 team claimed the throne in the nWC3L after winning 3 out of 4 1v1 matches which was already enough to secure the title. Later on in July, we welcomed two Swedish Quake Champions players and a Fortnite roster. In the last few days of the month we said farewell to Vainglory. Both to our team and the game. While we enjoyed our short ride with Vainglory, there have been issues outside of Wolves eSports that made it extremely hard to stay in within the scene. Last but not least, we welcomed our current Counterstrike: Global Offensive team that we’ll continue to work with in 2019.

Compared to June and July, the month of August has been a bit quieter when it comes to announcements and changes for Wolves eSports. We announced a new team in Overwatch, a new partner in SUMMACUM and CSGO’s participation at the Supreme Masters LAN in Switzerland from August 31st – September 2nd.

In October, Wolves eSports returned to DotA 2 and our Warcraft 3 player

Artem “Cash” Shirobokov also qualified for the event that took place from November 28th – December 8th in which both of them unfortunately went out in the group stage after facing the Winner and 3rd place of event in their group. Even though the event in China did not go as we hoped for, our Warcraft 3 team still managed to defend their nWC3L title in Season 11, becoming back-to-back Champions, just like the Doc!

December is now nearly done and dusted as well and with the release of Super Smash Bros Ultimate and our recent changes to our team structure with a focus towards team games, there have been two more events that influence Wolves eSports in 2019. In the end, the year has been quite a ride and we have learned a lot during the last twelve months. We know which way we intend to go in 2019 and would like to thank all of our former and current players for their commitment and dedication towards our project in 2018. We know that without you, we wouldn’t be who we are.

Let us focus on 2019 and the tasks ahead! Let’s make 2019 another great year for Wolves eSports!
See you on the other side. 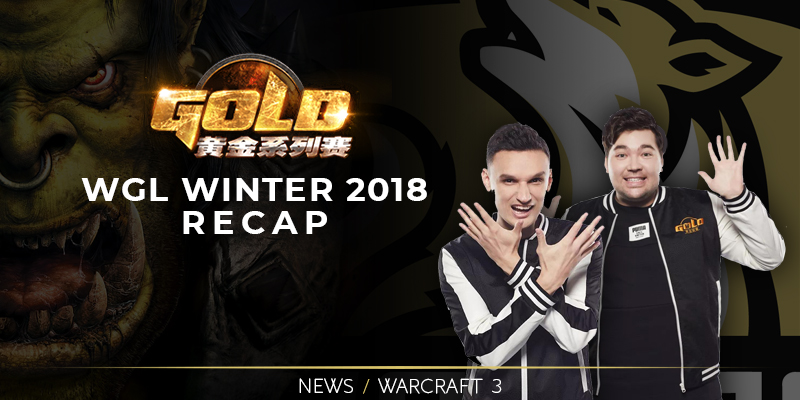 WGL Winter 2018 – Recap
Wolves Esports is a German-based esports organisation that strives to be a top contender in the German and European scene in the near future.